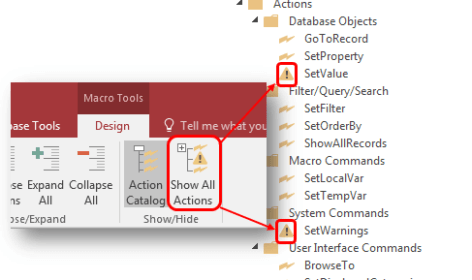 The great debate of whether to use Microsoft Access 2016 macros or the higher level of VBA code will linger on until the end of time (or realistically, Access is discontinued)! In the meantime, most Access developers will continue to lean towards Access VBA but the majority of power users, self-taught Access designers will still embrace the ease of g using macros to automate their databases. With the later versions of MS Access (post 2010), macros have become more powerful […]