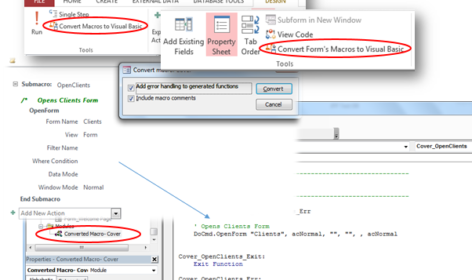 The scenario: You’ve inherited an Access database that was originally built way back say with version 97 and some of the forms have started to look a little tired (which is not an issue) and you discovered that when opening the database there are over 250 separate macro procedures which most were only useful for a single form. What do you do? You certainly need to consider either tidying up the macros, grouping them in to some sort of logical […]