All VBA code in your Microsoft Access VBA programming environment is managed in an area known as the Visual Basic Editor (VBE) and can be accessible via a form, report or quickly by using the Alt + F11 function key from the keyboard. 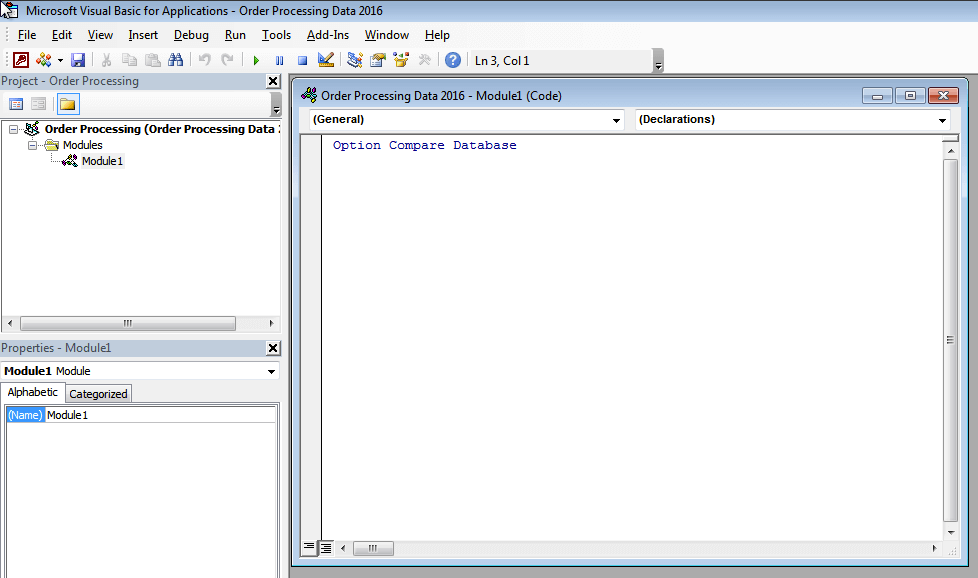 The following table shows you some helpful shortcut keys, and their functions, available throughout the VBE (Visual Basic editor), where you write, edit, and test your VBA code.

Unlike with Microsoft Excel (or Word), there is no macro recorder feature available and therefore some basic Access VBA programming commands and language reference will need to be mastered to edit code.

With the latest version of Microsoft Access (2010), any wizard feature used in a form for example, when adding a button now generates an embedded macro to the form and is not generated as  Access VBA. Earlier versions generated the VBA code for you.

Next page: Components of the VBE (Visual Basic Editor)