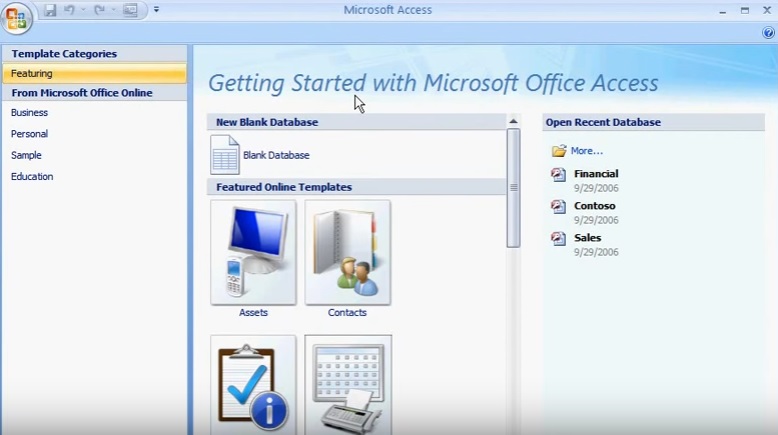 A great overview for new users to Access as wells as for users migrating from the earlier versions of Microsoft Access (2003, XP, 2000, 97!).

This video tutorial makes it look easy to create and manage an Access database because it really is easy to do so!

This quick guide can also apply to the later version of Microsoft Access (2010) though the ‘Office‘ button has now been replaced with a ‘File‘ tab taking you to the ‘Backstage‘ environment.

You will need to get up to speed on how to build more in depth tables, queries, forms and reports as well as understand database terminology and methodologies including how relational databases work (rdbms).

Take a look at my eBook offers.